I need my TIME MACHINE!
Gargantuar Bronze is a conjectural name for this article.
If you know the official name or have a better name or
translation for it, please contact a wiki administrator to change it.

Speeds up when on low health

Kongfu World - Day 24
When it is badly damaged, it will go away and he will let you know what price despising him would bring.

Jumps to the least protected row

Kongfu World - Day 17
Good at moving up and down, taking you by surprise.

Kongfu World - Day 13
As if from another planet.

Gargantuar Bronzes, consisting of Han Bronze (大汉铜人; pinyin: Dàhàn tóng rén), Xiake Bronze (侠客铜人; pinyin: Xiákè tóng rén), and Qigong Bronze (气功铜人; pinyin: Qìgōng tóng rén), are the Gargantuar variants seen in Kongfu World. On all levels in which they appear, except in the final level and in Endless Challenge, they start as bronze statues which slowly come to life after a timer expires. Before the timer expires, the player can destroy the harmless bronze statues to destroy the Gargantuar Bronze in it. Unlike most Gargantuars, they do not carry an Imp, and they also possess special abilities other than instantly crushing plants.

They have a total of more than twice the health points of a regular Gargantuar and it takes four instant kills to defeat them, both in their statue or freed form. Each Bronze Gargantuar also has special abilities: the Han Bronze can speed up when almost defeated, the Xiake Bronze can occasionally change lanes and the Qigong Bronze can occasionally pull plants like Qigong Zombie as well as summon other zombies. Due to their incredible high health, they are given a speed slower than Jurassic Gargantuar.

Most of the time, you will not be able to destroy every statue in time. If a Gargantuar Bronze breaks out, make your strategy depending on which type of Gargantuar Bronze it is. For Han Bronze, treat it like a normal Gargantuar with significantly higher health. Do note that Han Bronzes accelerate significantly at low health, so try to not let them get to the first column while they are still alive. The other two are very problematic with their abilities. As Xiake Bronze can occasionally change lanes (note that it still moves forward while being in the sky when changing lanes), be sure to set up your defenses on every lane when this Gargantuar Bronze breaks out, and stall it as much as possible while it is still on the ground. For Qigong Zombie, he can summon any other non-boss zombie from Kongfu World, make sure to have as many counters for other unique, dangerous Kongfu World zombies as possible in lanes near it, especially Torch Kongfu Zombies, Exploding Zombies, Drinking Zombies, Swordsman Zombies, etc. Either attack this Bronze Gargantuar from far away with a Radish in the front to prevent its qigong skill from breaking your defenses while dealing with other zombies, or continuously plant and replace plants while stalling it as much as possible if no Radishes are given or they are the only zombies left.

Statues of Gargantuar Bronzes before they come back to life 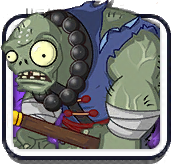 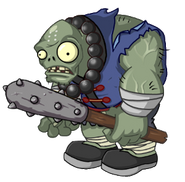 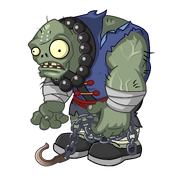 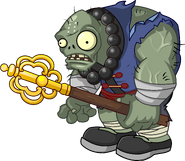 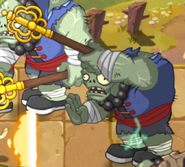 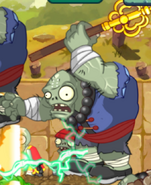 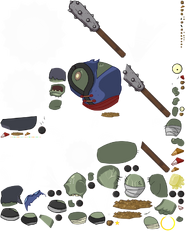 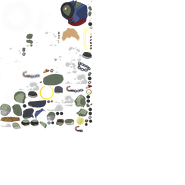 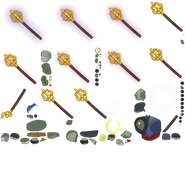