Plants vs. Zombies Wiki
Register
Don't have an account?
Sign In
Advertisement
in: China exclusive, Archived, Plants,
and 9 more
English

Beating Far Future - Level 9-1
Ganoderma was a plant in Plants vs. Zombies Online. They attacked zombies by shooting spores that do 10 damage per shot each at the zombies while also negating all the damage from goop in its lane (but not from itself).

They are based on and named after the polyphore fungi from the genus of the same name.

When given Plant Food, It creates a circle of light around itself, automatically restoring all plants' health within a 3x3 radius.

The player could have used this as a defense option against Astro-Goop Zombie, negating damage from them. However, the player needed to constantly replant this plant due to its vulnerability to the goop.

Ganoderma in the game 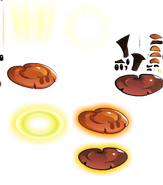 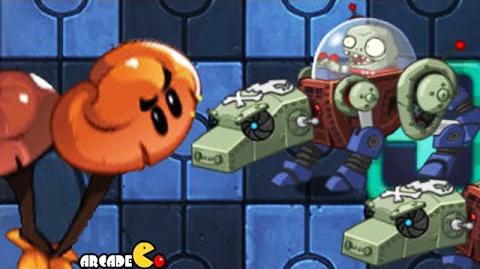