For a similar zombie in Plants vs. Zombies 2, see Bug Bot Imp.

Future Imp is a zombie encountered in Garden Ops in Plants vs. Zombies: Garden Warfare 2 and a few of Agent Citron's missions. It can shoot purple lasers at plants and perform a spinning suicide attack similar to the Exploding Imp, which usually activates when it is at low health and enemies are near it.

Future Imp near a Garden

Future Imp about to attack 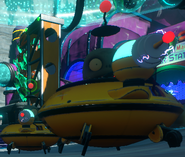 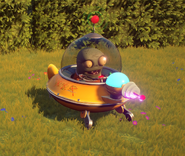