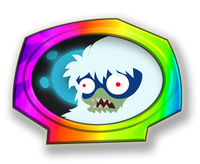 Freeze all Plants on the Ground.
Brain Freeze has a knack for making the Plants chill out.
Frozen Tundra is Brain Freeze's premium legendary zombie signature superpower card in Plants vs. Zombies Heroes and a member of the

to play, and its ability gives the

Freeze effect to all plants on ground lanes.

Brain Freeze has a knack for making the Plants chill out.

Use this trick when the plants on the ground lanes are the most threatening. However, don't use it for just one strong plant or multiple weak ones, since this trick is cheap and can be played pretty much anytime.

If played correctly, this trick is a total game-changer, as it can be an easy way to ensure survival of extremely powerful zombies and clear out the ground lanes, turning the tides completely.

The best usage of this card is to use it when Cryo-Yeti is on field, potentially boosting it up to +12

. Combined with bouncing or removal, Cryo-Yeti can potentially win you the game.

Note that this is a pet trick and thus, Zookeeper and Cat Lady will receive benefits from it.

Just like all other zombie tricks, there is no way to counter it on the turn it is played. The best way to minimize the harm done is to play your strongest and most useful plants on aquatic lanes and heights lanes.

Plants that do bonus attacks like Repeater and Bananasaurus Rex, especially those that are on Coffee Grounds, are great plants to counter with, given that the player decided to use them prior to the trick being used, as they will do a bonus attack after combat which thaws them, ultimately allowing them to attack at least once during combat if possible.

If the opponent plans to use this as an advantage to fill the ground lanes with mighty zombies, use plant tricks to destroy them, or use Brainana to prevent them from using this trick altogether. 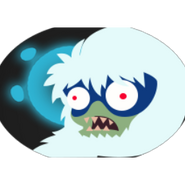 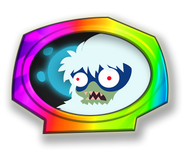 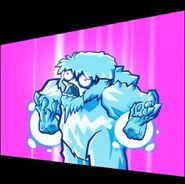