Freeze a Plant.
Conjure a Mustache.
So stylish! So cool!
Frosty Mustache is a galactic uncommon zombie trick card in Plants vs. Zombies Heroes and a member of the

to play, and its ability gives the

Freeze effect to a selected plant and Conjures a mustache card. Its closest plant counterparts are Big Chill and Iceberg Lettuce.

Its description makes a pun on two meanings of cool, which are "having a slightly low temperature," referring to its ability to

Freeze plants, and "a word used for impression."

So stylish! So cool!

You can use this to freeze a dangerous plant for a turn, or let a zombie take out a plant without being harmed. It can also be used to boost Cryo-Yeti. It also adds a mustache card into your hand, keeping your card count high.

For easy reference, here is the list of cards that this card can add:

However, if you use this card to gain a mustache card, take note that although it can give good cards such as Quasar Wizard or Shieldcrusher Viking, it might also give you cards that are weak such as Backup Dancer or cards that do not synergizes with your deck such as Zombie Coach in a non-sports deck, Headstone Carver in a non-gravestone deck, Headhunter in a non-dancing deck, or Captain Flameface in a non-pirate deck. Either way, Super Brainz and Huge-Gigantacus can easily boost Mustache Waxer with Frosty Mustache due to it being a Mustache card.

There is not much you can do against this since it is a trick and the zombies earned via this trick as well, but you can make all your plants threatening so the zombie hero will have to think about who to freeze. You can also make them think twice before freezing your plants by having Black-Eyed Pea or Sportacus on the field.

You can also play Brainana to prevent them from using this trick, Dark Matter Dragonfruit to make it harder to use this trick, or

Double Strike plants such as Repeater, Bananasaurus Rex, and Cosmic Pea (for plants with

Double Strike, they will still attack even after thawing unless they get destroyed in combat).

As for the zombies earned from this trick, prepare for anything, as it could be as weak as a Backup Dancer to something as threatening as a Shieldcrusher Viking. 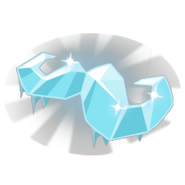 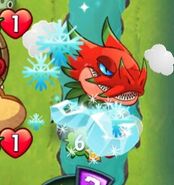 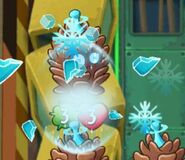