The controller of ice and snow, likes to turn enemies into snowmen

The Snow Queen likes to have snowmen in her garden, of course, if the snowmen are not very obedient, she doesn't mind administering a little punishment.

Frostbloom Queen (水晶兰; pinyin: shuǐjīng lán) is a plant in the Chinese version of Plants vs. Zombies 2 that was introduced in the v2.3.92 update along with the 2019 Children's Day event.

Frostbloom Queen attacks zombies in her lane by releasing a large freezing gust of wind that freezes zombies inside a snowman for 5 seconds, zombies frozen cannot attack plants and take double the amount of damage dealt by fire plants.

She cannot trap Gargantuars and machines in snowmen.

Frostbloom Queen is based on the ghost plant (Monotropa uniflora), a parasitic flowering plant native to the Northern Americas and Southcentral Asia.

In Chinese, this plant is known as the "Crystal Orchid", which is the same common name for terrestrial leafless orchids in the genus Didymoplexis. The crystal part of her Chinese name could also explain Frostbloom Queen's icy design and ability.

When fed Plant Food, Frostbloom Queen will fire a massive gust of freezing wind into the sky causing a massive snowstorm that turns all zombies on the screen into snowmen.

The snowstorm she creates will now drop large icicles dealing damage to zombies it hits. 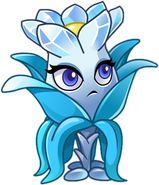 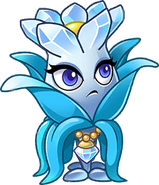 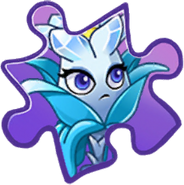 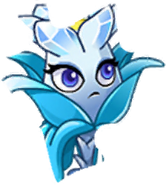 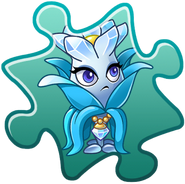 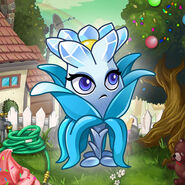 Frostbloom Queen's attacks, with various of snowman design on each zombie type

An advertisement in 2.3.92 featuring Frostbloom Queen

Seed packet and its Imitater version 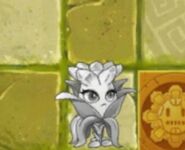 Snowman of a Basic Zombie created by her attack 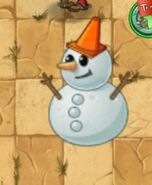 Snowman of a Conehead Zombie created by her attack

Snowman of a Buckethead Zombie created by her attack 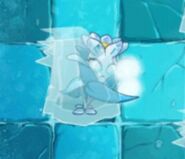 Dancing Frostbloom Queen
Add a photo to this gallery 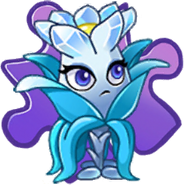 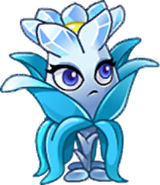 Puzzle Piece sprite
Add a photo to this gallery

Retrieved from "https://plantsvszombies.fandom.com/wiki/Frostbloom_Queen?oldid=2375037"
Community content is available under CC-BY-SA unless otherwise noted.