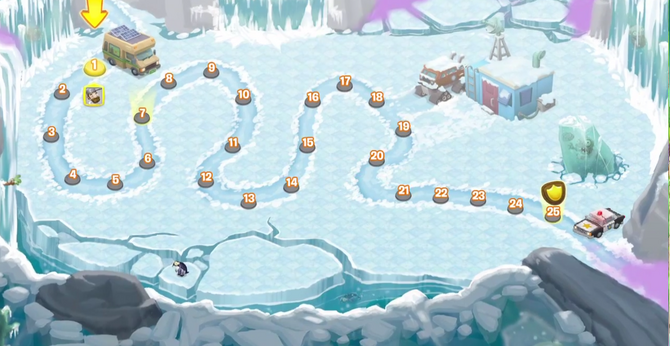 Its name was a portmanteau of "frostbite," a condition where skin is damaged due to freezing, and "falls," a shortening for waterfalls. The name may have been a reference to the show named The Rocky and Bullwinkle Show, which featured Rocket J. Squirrel and Bullwinkle Moose as the main characters, as the show's location is in Frostbite Falls, Minnesota.