Survive the zombie attack with most plants picked for you

The level starts off and escalates quickly, and the starting moments are the hardest. The player should consider bringing an instant-kill plant, preferably Ghost Pepper if they had bought it. If not, Potato Mines and Primal Potato Mines are also good plants to use.

As with other Frostbite Caves levels, sun-producing plants should be ideally placed behind the slider tiles. More can be planted in the first column if the player considers they will need it.

Tall-nuts are vital, but are fairly vulnerable. Planting Pepper-pults next to them is essential. Spikeweed is useful, but keeping them unfrozen is unviable. The player shouldn't focus on them too much. Hot Potato is excellent for unfreezing sun-producing plants in the topmost and bottommost lanes. 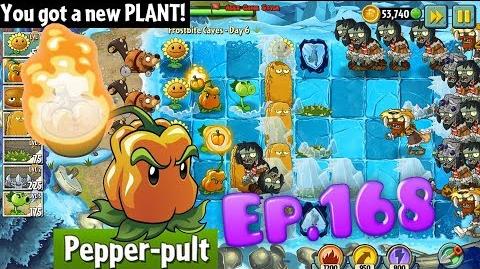 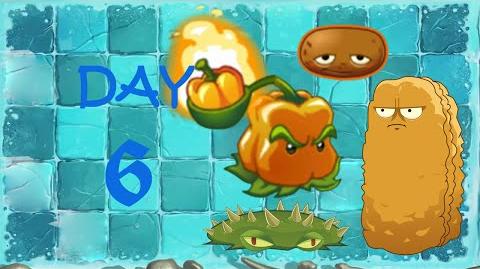 Frostbite Caves Day 6
Add a photo to this gallery

Retrieved from "https://plantsvszombies.fandom.com/wiki/Frostbite_Caves_-_Day_6?oldid=2262615"
Community content is available under CC-BY-SA unless otherwise noted.