Same as before
Frostbite Caves - Day 5 is the fifth level of Frostbite Caves in Plants vs. Zombies 2. It is a Special Delivery level. This level introduces Pepper-pult. There are eight frozen plants on the lawn, five Cabbage-pults and three Bonk Choys. The "Snowstorm!" ambush makes its first appearance here. After completing this level, the player receives a money bag.

This level can be difficult to win if the plants are not planted properly. Firstly, take advantage of Pepper-pult's thawing ability to unfreeze the pre-placed frozen plants. Later in the level, the player can easily become swarmed with zombies, and can potentially lose. In addition, the plants come in very slowly, so getting a proper defense early in the level can become hard. Hunter Zombie will most likely be in crowds freezing plants. To counter this, use Plant Food or place Pepper-pults near plants. The key to winning is to use Pepper-pult's ability and splash damage to deal as much damage as possible to the zombies. 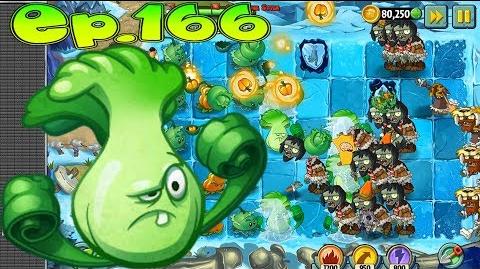 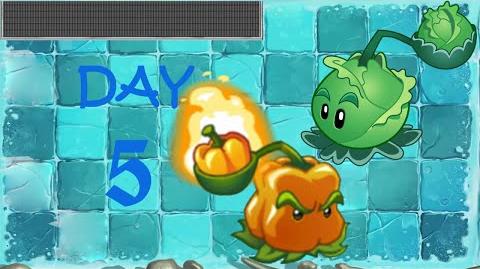 Frostbite Caves Day 5
Add a photo to this gallery

Retrieved from "https://plantsvszombies.fandom.com/wiki/Frostbite_Caves_-_Day_5?oldid=2357807"
Community content is available under CC-BY-SA unless otherwise noted.