A money bag
Frostbite Caves - Day 26 is the twenty-sixth level of Frostbite Caves in Plants vs. Zombies 2. When this level is finished for the first time, the player unlocks Rotobaga.

Pepper-pults are your main thawing plant. Utilize them to be able to thaw any plant. Bringing Hot Potato will help to thaw plants that are crucial to your defense, but are not melting fast enough. If you have Fire Peashooter, bring it along as its superior recharge and single-target damage are far more useful than Pepper-pult's splash. Fume-shroom will help to defeat dozens of Ice Weasels, and simply placing them at the front will mitigate their range issue.

The player should use Sun-shrooms as their sun-producers, as there are already 2, and their growth time is minuscule; you can practically grow a column of Primal Sunflowers extremely fast. Additionally, their cost is very little.

By Chainut
Add a photo to this gallery 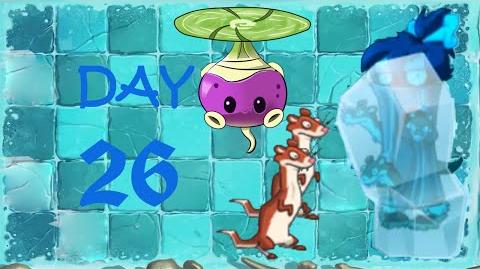 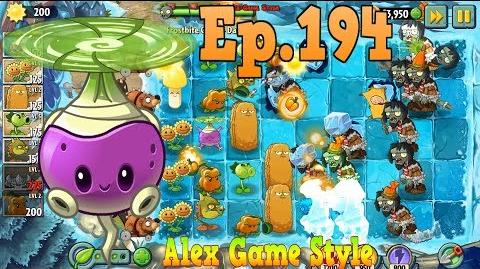 Retrieved from "https://plantsvszombies.fandom.com/wiki/Frostbite_Caves_-_Day_26?oldid=2263700"
Community content is available under CC-BY-SA unless otherwise noted.