Same as before
Frostbite Caves - Day 25 is the twenty-fifth level of Frostbite Caves in Plants vs. Zombies 2. It is a Special Delivery level. Rotobaga is first introduced in this level. After completing this level, the player receives a money bag.

(Crazy Dave and Penny appear)
Crazy Dave: Penny, what we need right now is a nice hot cup o' cocoa!
Penny: User Dave, that is an unproven zombie-fighting weapon.
Penny: I recommend we call on Rotobaga instead.
Penny: She can hover above ground AND shoot at zombies in four directions!
Crazy Dave: Kid's got talent! Maybe she knows how to make hot cocoa too?
(Crazy Dave and Penny leave)

By MNikoKasah
Add a photo to this gallery 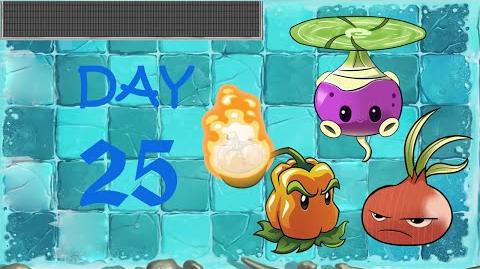 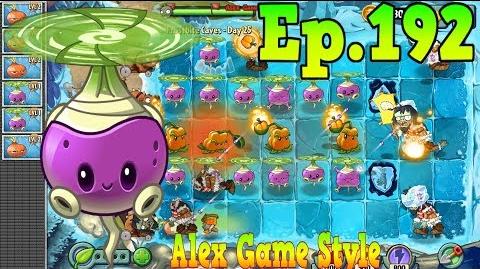 Retrieved from "https://plantsvszombies.fandom.com/wiki/Frostbite_Caves_-_Day_25?oldid=2263699"
Community content is available under CC-BY-SA unless otherwise noted.