The coordinated Snowstorm attacks will not threaten the Chard Guards, but they will make them lose their leaves throughout the level.

Weasel Hoarders are dangerous in this level, as their Ice Weasels can deplete the Chard Guard's leaves and eventually the entire plant quickly if the player does not have a good setup.

Strategy 2 by TheMajesticStork
Add a photo to this gallery 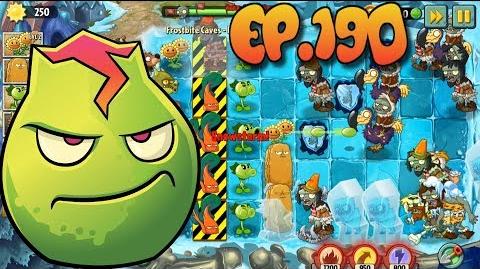 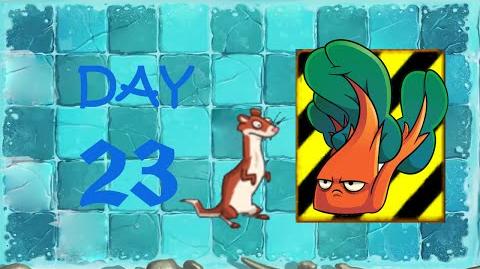 Frostbite Caves Day 23
Add a photo to this gallery

Retrieved from "https://plantsvszombies.fandom.com/wiki/Frostbite_Caves_-_Day_23?oldid=2295563"
Community content is available under CC-BY-SA unless otherwise noted.