A money bag
Frostbite Caves - Day 22 is the twenty-second level of Frostbite Caves in Plants vs. Zombies 2. The Weasel Hoarder and its Ice Weasels are introduced here. There are three frozen Guacodiles, all located at the fourth column from the right side of the lawn. When this level is finished for the first time, the player gets a Frostbite Caves pinata.

Weasel Hoarders are first introduced in this level. Like Chicken Wrangler Zombie, it can release its Ice Weasels after it takes a certain amount of damage. However, what makes them more dangerous than her Wild West variant is that the weasels have eight times the health, and with that being said, plants like Lightning Reed and Bonk Choy are not recommended to use. However, they may be used if they have been levelled up. Other then that, this is a regular level without any objectives, which the player should not have too much difficulty with. 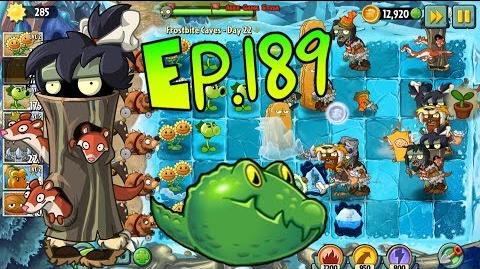 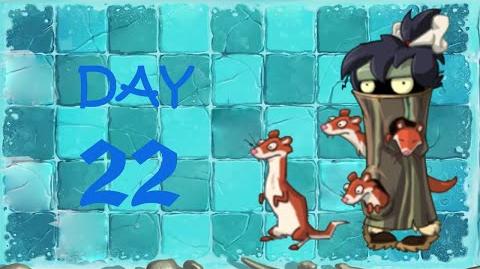 Frostbite Caves Day 22
Add a photo to this gallery

Retrieved from "https://plantsvszombies.fandom.com/wiki/Frostbite_Caves_-_Day_22?oldid=2281866"
Community content is available under CC-BY-SA unless otherwise noted.