Same as before
Frostbite Caves - Day 2 is the second level of Frostbite Caves in Plants vs. Zombies 2. It has three frozen Repeaters and three frozen Wall-nuts at the start of the level. There are also two ice floes on the seventh column, with one pointing up on the second lane and one pointing down on the fourth lane. After completing this level, the player receives a money bag.

This level introduces another gimmick of Frostbite Caves. Specifically, the freezing winds. These can hit plants and can potentially freeze them. To combat this, the player is given Hot Potato, which can immediately thaw out a plant. The level layout also leads to some interesting strategies. Sun producers should optimally be used on the 2nd and 4th rows, as no zombie can get past the Slider Tiles. In addition, it is advised to thaw out the Repeaters to deal with the first few zombies. After that, the level should be pretty simple and easy to complete. 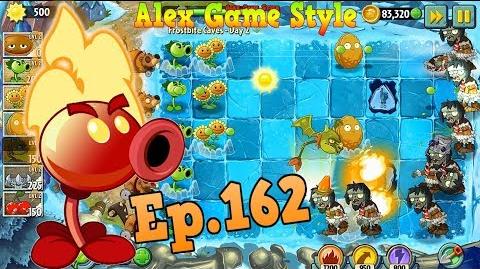 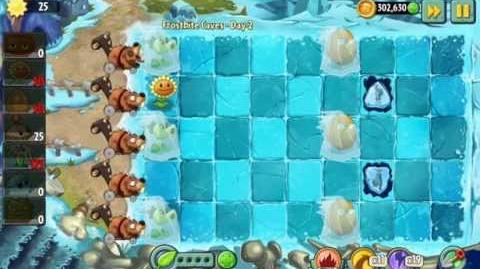 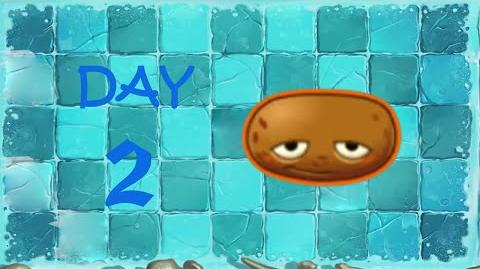 Frostbite Caves Day 2
Add a photo to this gallery

Retrieved from "https://plantsvszombies.fandom.com/wiki/Frostbite_Caves_-_Day_2?oldid=2357655"
Community content is available under CC-BY-SA unless otherwise noted.