Troglobites are introduced in this level. They can push up to three frozen blocks of Yeti Imps to crush your plants. If there is another frozen plant in front of it, the plant can also be pushed to cause trouble. This can be troubling if the player does not prepare. Plants that can damage the entire lane like Laser Bean are recommended here. Hot Potato is advised to be used here, as they can unfreeze the Yeti Imps inside.

If the Troglobites come on the second and fourth rows, do not worry too much as they will stop by the ice floes. But, if they come on the other rows, take a better precaution, as they can easily slip past your defenses if zombies come in front. Hot Potato is advised to be used here. 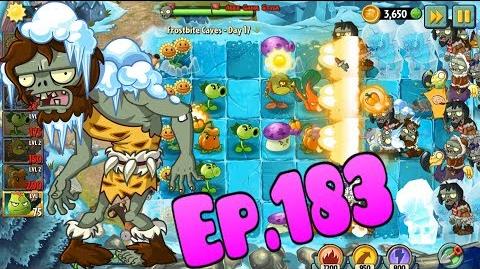 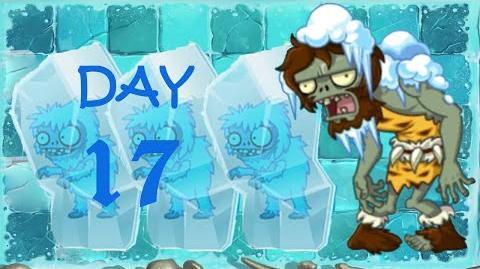 Frostbite Caves Day 17
Add a photo to this gallery

Retrieved from "https://plantsvszombies.fandom.com/wiki/Frostbite_Caves_-_Day_17?oldid=2262727"
Community content is available under CC-BY-SA unless otherwise noted.