Survive the zombie attack with the given plants
Frostbite Caves - Day 14 is the fourteenth level of Frostbite Caves in Plants vs. Zombies 2. It is a Locked and Loaded level. When this level is finished for the first time, the player gets a Mystery Gift Box. This level is unique since there are no zombies come from the third lane (except possibly Cave Flag Zombie), making Split Peas at the front of third lane useful.

The player has to rely on the pre-planted and frozen Sunflowers as the only source of sun for the level. Hurrikale should be used to deal with Dodo Rider Zombie and to delay huge zombie waves near the end. There is a frozen Split Pea on the last square of the middle row. The player should use it to kill the first few zombies. It is advised to plant Chard Guards underneath the sliders. 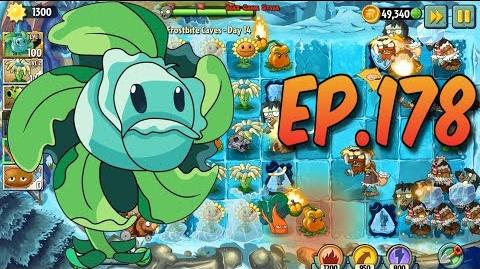 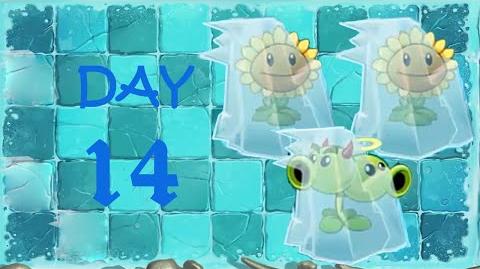 Frostbite Caves Day 14
Add a photo to this gallery

Retrieved from "https://plantsvszombies.fandom.com/wiki/Frostbite_Caves_-_Day_14?oldid=2357817"
Community content is available under CC-BY-SA unless otherwise noted.