This level have a bunch of downwards sliders, bringing zombies to the bottom of the screen. However, the player should focus their firepower in the middle lane, as they have a balance of zombies entering and space.

The frozen zombies will pose a big threat if the player does not deal with them quickly. It is advised to unfreeze them with Hot Potato and then use Chili Bean to defeat them.

The player should consider bringing a area-of-effect plant, due to the high amount of zombies in the second half of the level. Pepper-pult is a good option because of its additional warming effect, but Snapdragon can also be used due to its practicality and high damage output when planted in groups.

By Satirelol200. Full of Cold Snapdragons 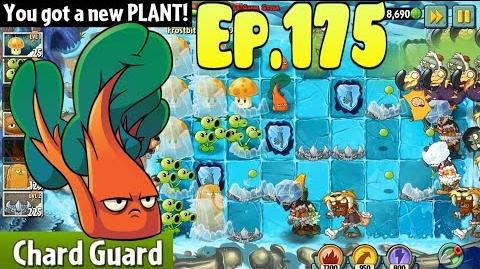 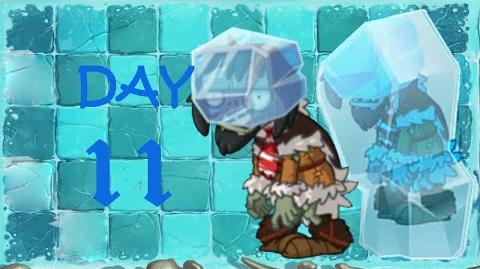 Frostbite Caves Day 11
Add a photo to this gallery

Retrieved from "https://plantsvszombies.fandom.com/wiki/Frostbite_Caves_-_Day_11?oldid=2357814"
Community content is available under CC-BY-SA unless otherwise noted.