Fright Theater (剧院惊魂; pinyin: jùyuàn jīnghún) is the first Brain Buster exclusive to Dark Ages in the Chinese version of Plants vs. Zombies 2. Since the 1.8.0 update, it is featured in the levels Dark Ages - Night 6 and Dark Ages - Night 20.

In this Brain Buster, there are pathways that cannot be planted on. The zombies will walk along the pathways, similar to those in Across the Lawn in Sky City, and also Qin Shi Huang Mausoleum in Plants vs. Zombies Online. The player needs to stop the zombies from getting to the straw (or metal) house at the end of the lawn by using the given plants. Killing a zombie rewards the player with sun, depending on its toughness. He or she can upgrade a plant by tapping it, then tapping the "Upgrade" button, represented by a small icon of an arrow. However, upgrading a plant requires the player to spend a certain amount of sun. The amount of pig heads left (at the bottom left corner of the screen, showing on the straw house) are the amount of lives the player has. If a zombie manages to reach it, regardless of type, the amount decreases by one. Some "boss" zombies with much higher toughness can instantly decrease this amount to zero. If it hits zero, the house collapses, and the player loses the level.

All levels give a star upon completion for the first time, and two stars for the completion of their Hard Mode variants.

In the pre-1.8.0 version, the player had to obtain 5 Dark Ages keys to unlock the path to the levels beyond the tutorial. They received 1 star after each level on this path was completed. 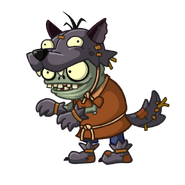 Imp Wolf, the form the Imp takes in this Brain Buster 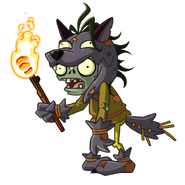 Torch Wolf Zombie, the form the Explorer Zombie takes in this Brain Buster 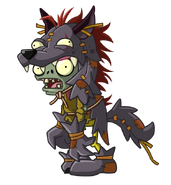 Wolf Zombie, the form the Peasant Zombie takes in this Brain Buster

The lawn used for Fright Theater 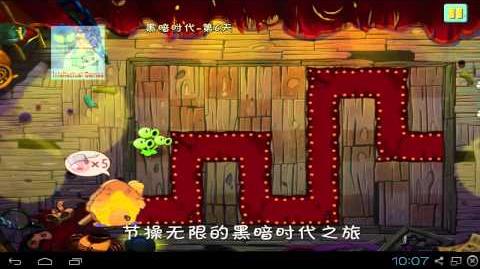 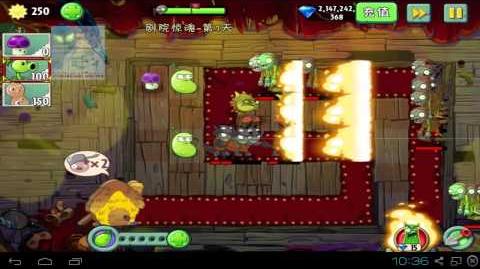 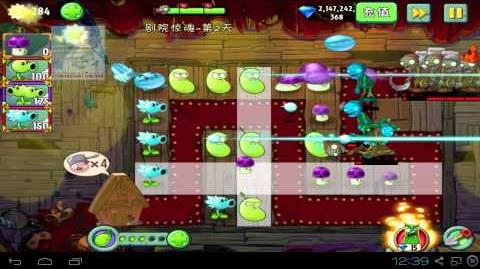 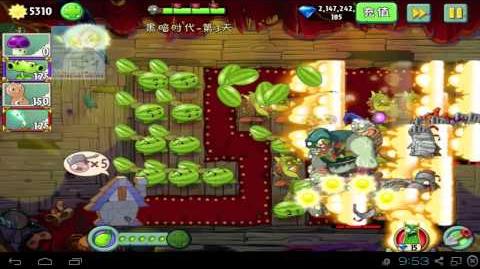