Sucks health from an enemy

The Flytrap line (捕蝇草系; pinyin: bǔ yíng cǎo xì) was a Class A

Slap Grass attacked by swatting zombies with the flyswatter-like leaf on its head, while Venus Flytrap and Chainsaw Flytrap attack by biting.

All members of the Flytrap line were based on the Venus flytrap, a carnivorous plant native to subtropical wetlands on the East Coast of the United States. 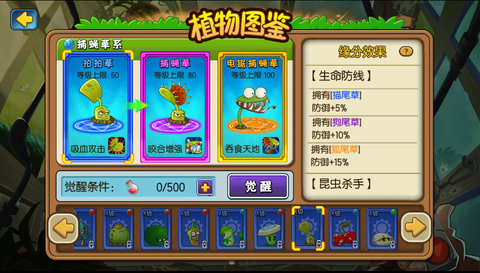 Flytrap line was given as a reward for collecting 30 stars in American Suburbs. Additional puzzle pieces could be obtained by replaying The Great Wall of China - Day 18, Kongfu World - Day 8, Viking World - Day 28 or through Soulmates Puzzle system.

After unlocking the Flytrap line, additional puzzle pieces could be used to upgrade it, which increased its stats and ability LVs.

Flytrap line stats would be increased if these specific plants were unlocked.

The Flytrap line was one of the first plant lines the player received in the game, so it could easily be outclassed stronger plant line received late-game, such as the Choy line which could easily be unlocked through a daily reward.

The Flytrap line's and the Sunflower line's active abilities activating at the same time could give the Flytrap line a great amount of health, maybe even healing them almost to full health. 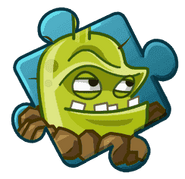 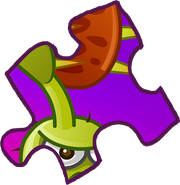 Slap Grass' sprites and textures
Add a photo to this gallery 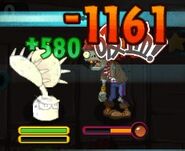 Venus Flytrap's Vampire Attack
Add a photo to this gallery 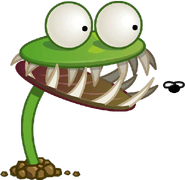 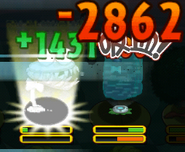 Fainted Chainsaw Flytrap
Add a photo to this gallery

Retrieved from "https://plantsvszombies.fandom.com/wiki/Flytrap_line?oldid=2305949"
Community content is available under CC-BY-SA unless otherwise noted.