Flat-shrooms can only be planted on the sewer without a manhole cover, making it unable to release toxic steam for a while, and it can be destroyed by the zombies in the sewer.

Flat-shroom wants to quietly bask in the sun, but is always used to repair the road. It says that "It's cold down in the sewers, man!"

Flat-shroom (平顶菇; pinyin: Píng dǐng gū) is the first plant obtained in Steam Ages in the Chinese version of Plants vs. Zombies 2. It can be only planted on sewers, although those planted on steam sewers will get flung out by the steam after a while.

It acts as a blocker preventing zombies from entering and exiting the transportational sewers for a limited time, until it gets eaten. It is only usable in Steam Ages. It is an environment modifier.

It is based on a mushroom, the fleshy, spore-bearing fruiting body of a fungus. Its literal name, "Flat Roof Mushroom", is a reference to the fact that the pileus, or cap of the mushroom appears to be flattened.

Due to being bugged, it is only viable in blocking transportational sewers from zombies. 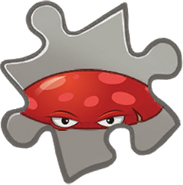 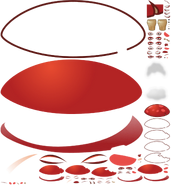 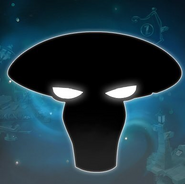 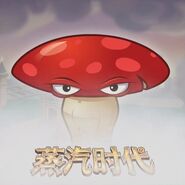 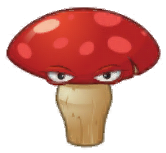 Retrieved from "https://plantsvszombies.fandom.com/wiki/Flat-shroom?oldid=2372099"
Community content is available under CC-BY-SA unless otherwise noted.