Flaming Pea was a plant in Plants vs. Zombies Adventures that costed 125 sun, and shot peas that are on fire. Her peas seemed to resemble the flaming peas that the Torchwood makes. Her projectiles dealt double the damage of a pea and could break Barrel Zombie's barrel and Ice Block Zombie's ice block in one hit. She was unlocked after reclaiming The Flaming Lot.

She is based on Peashooter, especially on his ability to shoot fire peas when paired with Torchwood.

She's always been hot, but Flaming Pea's ability to launch burning peas has never been hotter.

Flaming Pea had a torrid love-thing with snow-pea a few months back. While her ardor may have cooled since then, her ability to launch burning peas has never been hotter.

Flaming Pea is a powerful plant, dealing double the damage a Peashooter does. She can be used alone, as she is very good independently. She is capable of killing Conehead Zombies, Barrel Zombies, and Ice Block Zombies on her own, but too many opponents can cause her to be KO'd. Unlike the fire peas in Plants vs. Zombies, it does not have area of effect, and it also does not take away the slowdown caused by Snow Peas, allowing for them both to be used at the same time. Certain strong zombies are trouble for lonely Flaming Peas and therefore you should not use Flaming Pea as your only offensive plant in hard levels. She also has problems with Gas Can Zombies in certain pathways if not given company by Snow Peas or long-range plants, as with certain pathways, Flaming Pea cannot kill a Gas Can Zombie before the aforementioned zombie approaches her and thus, the explosion will knock out the Flaming Pea. 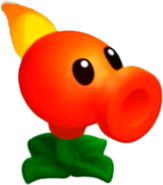 The player got the Flaming Pea 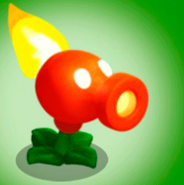 Flaming Pea ready to be harvested 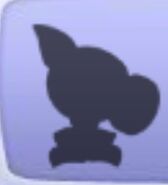