This level consists of many powerful zombies that can come in quickly. The given plants are powerful, but must be deployed strategically, as certain zombies will spawn in and need a different plant to defeat them. For example, Blover will greatly help to deal with the Jetpack Zombie and Bot Swarms. Citron will aid in of combatting the Robo-Cone Zombie. However, because of the Shield Zombie's presence, Laser Bean and Snapdragon should be used adjunct with them. The player's greatest threat is the Gargantuar Prime. It can shoot a laser deep into the player's defenses, destroying valuable plants, as well as crushing plants twice. Using Citron's Plant Food effect will instantly kill it. The player is given Power Tiles via the conveyor belt, and the player should use them as an advantage.

There are six Power Tiles along the given plants to help you survive.

Before the first flag

After the first Gargantuar Prime comes

Mega failed strategy by Satirelol200 (not because of lawnmower, but because place of Laser Bean and Citron being swapped because of Gargs) 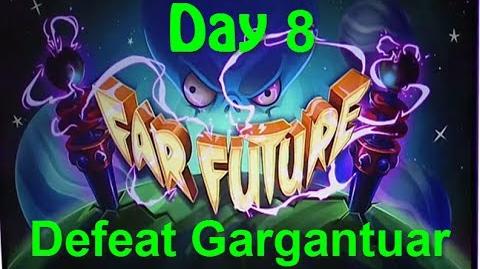 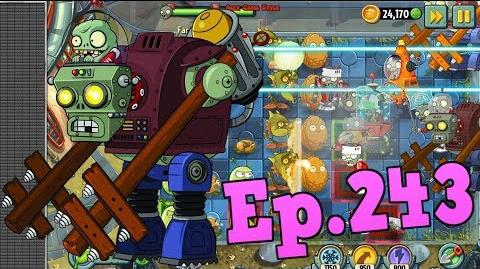 Retrieved from "https://plantsvszombies.fandom.com/wiki/Far_Future_-_Day_8?oldid=2323888"
Community content is available under CC-BY-SA unless otherwise noted.