A money bag
Far Future - Day 7 is the seventh level of Far Future in Plants vs. Zombies 2. There are eight Power Tiles. When this level is finished for the first time, the player receives a note from the zombies.

(After the player completes the level and receives the note)
Crazy Dave: It says there's an error. Can you come here and fix it Penny?
Penny: Did you try unplugging it and plugging it back in?

This level has lots of Bot Swarm ambushes, as well as a large abundance or zombies to deal with which can overwhelm some players. Robo-Cone Zombies can be difficult to deal with, as they have an enormous amount of health but with a proper defense, one should be able to pass this level. 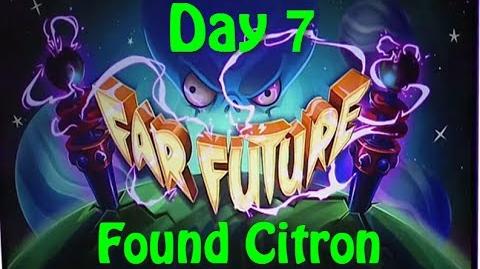 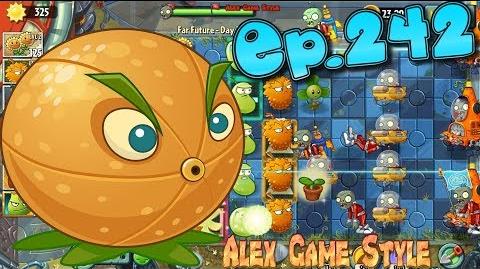 Retrieved from "https://plantsvszombies.fandom.com/wiki/Far_Future_-_Day_7?oldid=2277458"
Community content is available under CC-BY-SA unless otherwise noted.