A money bag
Far Future - Day 5 is the fifth level of Far Future in Plants vs. Zombies 2. A new zombie is introduced here called the Robo-Cone Zombie. He is the toughest zombie except for the Gargantuar variants. When this level is finished for the first time, the player receives a Far Future pinata.

The player must combat the Robo-Cone Zombie. This zombie has a huge amount of health, which the player could have difficulties dealing with. However, not many appear in this level. There is also a Shield Zombie, but only one, so he should not be much of a hassle to deal with. Overall the player should bring in powerful plants like Coconut Cannon. Use Power Tiles strategically too, as Robo-Cone Zombies appear in lanes with similar Power Tiles. 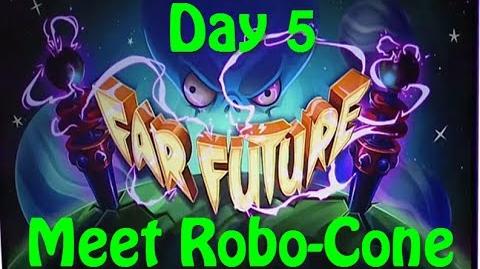 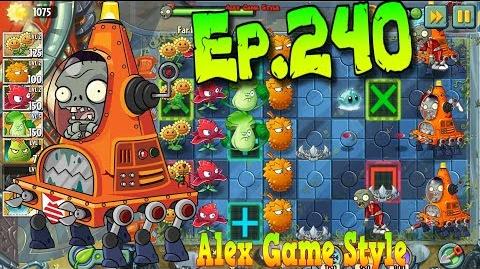 Retrieved from "https://plantsvszombies.fandom.com/wiki/Far_Future_-_Day_5?oldid=2277451"
Community content is available under CC-BY-SA unless otherwise noted.