The objective and ambushes are the hard part of this level. The level focuses on the Bot Swarm ambushes, which are always done past the flowers. However, there are still tough zombies ready to pass the flowers. Do not use Blover against Bot Swarms, as they can trigger crossing the flowers. However, if timed early enough, they can be blown away without trampling the flowers. This also makes it risky to use Blover against Jetpack Zombie and Blastronaut Zombie as well. Shrinking Violet, especially when boosted, will help you a lot by decimating Bot Swarms. 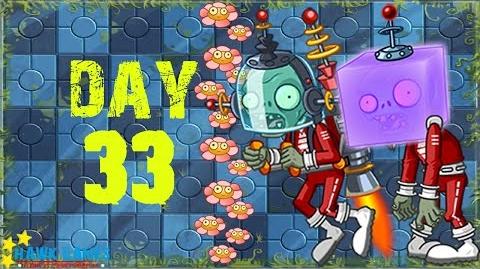 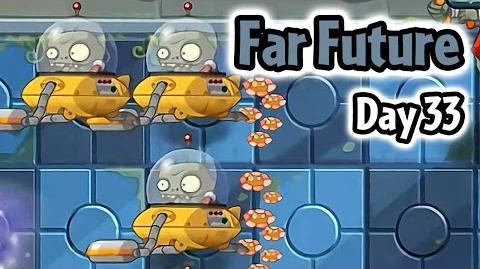 Retrieved from "https://plantsvszombies.fandom.com/wiki/Far_Future_-_Day_33?oldid=2323893"
Community content is available under CC-BY-SA unless otherwise noted.