Survive the zombie attack with the given plants (incorrect objective error)
Prior to the 7.4 update, Far Future - Day 31 was the 31st day of Far Future. It is a Special Delivery level. Upon completing the level, the player receives a money bag.

The plants given in the level do well in defeating the zombies, however, the zombies can easily overwhelm them if not treated properly. Each plant can do well in the fight, especially Wasabi Whip, which should be used to defeat major threats with its Plant Food ability. This level is also long, having 5 flags, so be ready to withstand many hordes of zombies.

Place the Apple Mortars on the 1st column in the 2nd, 3rd, and 4th lanes. Place the Citrons on the second column. Place Wasabi Whips on the 3rd and 5th columns, and Infi-nuts on the fourth column. Use one set of Power Tiles on two of the Apple Mortars, and the other set on the Citrons in the 1st and 5th lanes.} 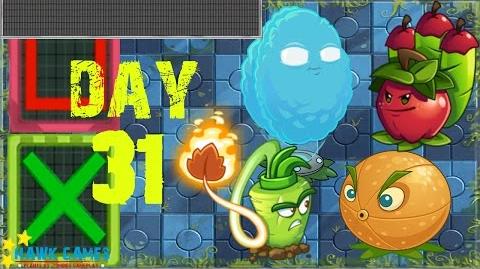 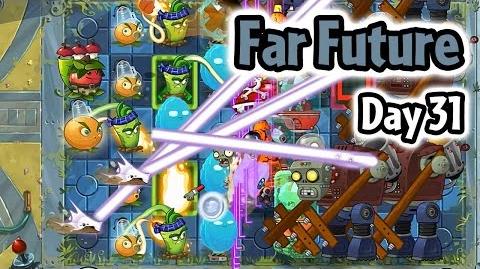 Retrieved from "https://plantsvszombies.fandom.com/wiki/Far_Future_-_Day_31?oldid=2323891"
Community content is available under CC-BY-SA unless otherwise noted.