Six (three ✕ and three □ from the conveyor belt)

A money bag
Far Future - Day 25 is the twenty-fifth level of Far Future in Plants vs. Zombies 2. The player must defeat the Zombot Tomorrow-tron in this level. When this level is finished for the first time, the player gets the Far Future Trophy.

(Dr. Zomboss appears)
Dr. Zomboss: Isn't it convenient that your neighbor is so helpful in your fight against us zombies?
Dr. Zomboss: Crazy David's apparent incompetence is only eclipsed by his usefulness.
Dr. Zomboss: However, with one secret word my sleeper agent will turn against you.
Dr. Zomboss: Listen to me David, "Hypno-Zombnosis".
(Dr. Zomboss leaves, Crazy Dave appears)
Crazy Dave: Hey neighbor!
Crazy Dave: Can I borrow your brains? Um, I mean hot sauce!
(Crazy Dave leaves)

Trying to turn Crazy Dave against the player

This level unlocked on the map 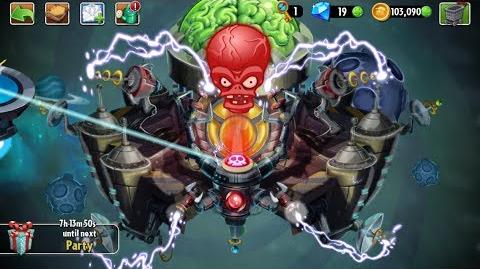 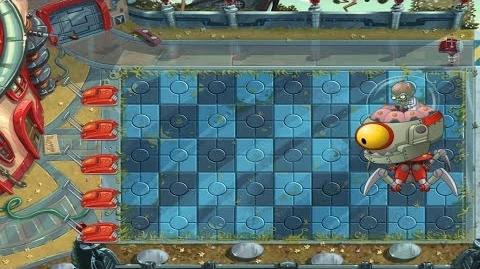 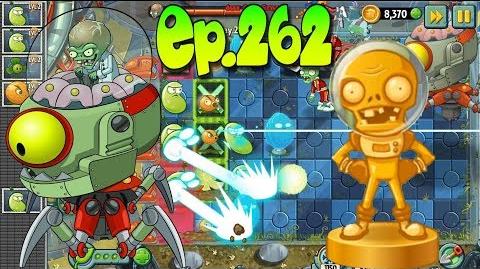 Retrieved from "https://plantsvszombies.fandom.com/wiki/Far_Future_-_Day_25?oldid=2176866"
Community content is available under CC-BY-SA unless otherwise noted.