Same as before
Far Future - Day 2 is the second level of Far Future in Plants vs. Zombies 2. The Shield Zombie is introduced here. After completing this level, the player receives a money bag.

The player must deal with the Shield Zombie, which will block projectile shots for a short amount of time, and repeatedly put up its shield over and over again. The player is required to use the newly acquired Laser Bean to combat this, but cheaper plants that do damage without projectiles like Snapdragon are also options.

By Lehongducsnapdragon. Note that the two achievements "Dragon Age" and "High Five" are earned at this level 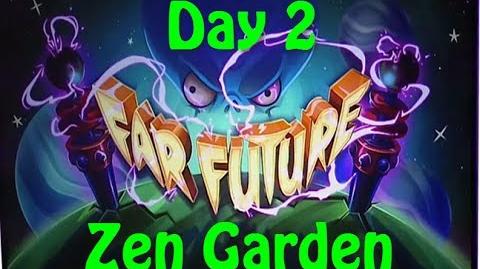 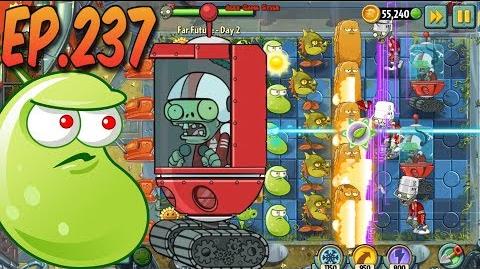 Retrieved from "https://plantsvszombies.fandom.com/wiki/Far_Future_-_Day_2?oldid=2276226"
Community content is available under CC-BY-SA unless otherwise noted.