This level introduces the Mecha-Football Zombie. This is a really dangerous zombie due to its ability to push plants one tile behind or potentially off the lawn. In addition, it has the same toughness as the Disco-tron 3000, making it even harder to deal with. Using E.M.Peach is the most efficient way to combat this zombie, as well as the use of powerful plants like Citron.

There is also a Robo-Cone Zombie and some Jetpack Zombies to encounter in this level, so the player should take precaution for both zombies. 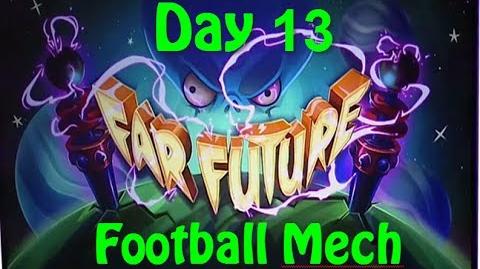 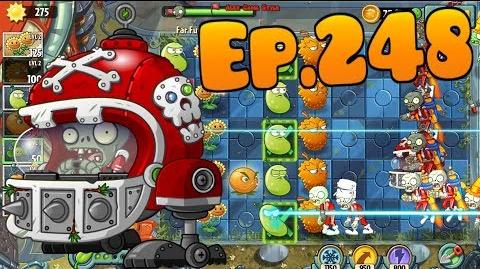 Retrieved from "https://plantsvszombies.fandom.com/wiki/Far_Future_-_Day_13?oldid=2279365"
Community content is available under CC-BY-SA unless otherwise noted.