Far Future - Day 12 is the twelfth level of Far Future in the Chinese version of Plants vs. Zombies 2. It is a Last Stand level. When this level is finished for the first time, the player gets coins.

The player must face many flying threats, as well as a decent amount of Robo-Cone Zombies. Luckily, the player is supplied with lots of sun to defeat the zombie horde. Using leftover sun for Blover is recommended, as there are many Jetpack Zombies and Bot Swarms consisted in this level. Use Power Tiles to an advantage against Robo-Cone Zombies, as it will be difficult to deal with them without the usage of Power Tiles. Shield Zombie is also present, so bringing along area of effect plants such as Laser Bean or Snapdragon will benefit.

Like any typical Last Stand level in the Chinese version, a bunch of powerful leveled-up plants should do the trick. 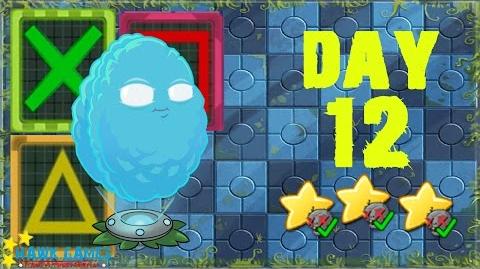 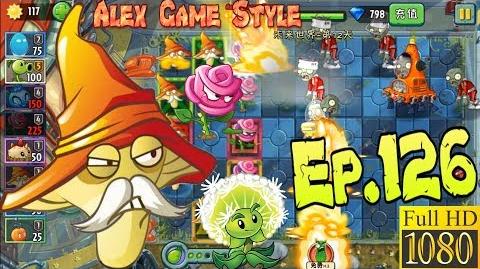