Far Future - Day 11 is the eleventh level of Far Future in the Chinese version of Plants vs. Zombies 2. It is a Zomboss Test Lab level. When this level is finished for the first time, the player gets coins.

Command your zombie army to eat all the plants
In the normal mode of this level, the player has to beat an easy version of the level.

This level is pretty easy, considering that it is a tutorial level. The player should be able to figure out the strategy by themself. An another note to this level is that the plant's positions never change.

Command your zombie army to eat all the plants
In hard mode, the player has to beat a harder version of the level.

The player has to eat twenty plants this time. The plant pattern the player needs to study here is still quite simple, however. For example, waste your Future Zombies on Potato Mines or just summon Shield Zombies or Future Buckethead Zombies on lanes with only Peashooters.

Note: For Chili Beans, do the same thing as what you would do with Potato Mines, however, do not plant any other zombie as the gas will stun all of them.
Here are the basic steps for beating the level: 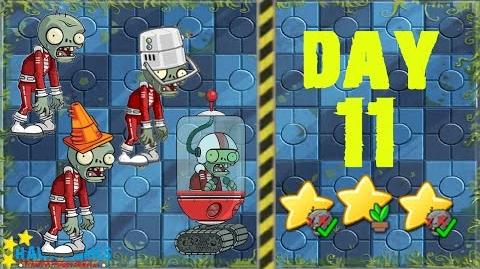 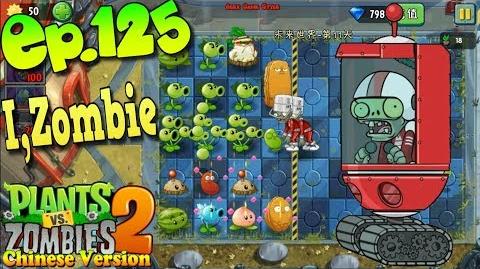 Retrieved from "https://plantsvszombies.fandom.com/wiki/Far_Future_-_Day_11_(Chinese_version)?oldid=2089195"
Community content is available under CC-BY-SA unless otherwise noted.