Same as before
Far Future - Day 10 is the tenth level of Far Future in Plants vs. Zombies 2. The Disco-tron 3000 and Disco Jetpack Zombie are introduced here. After completing this level, the player receives a money bag.

This level consists of many Disco-tron 3000s. The Disco-tron 3000 can summon four Disco Jetpack Zombies, similar to the Dancing Zombie from Plants vs. Zombies, but it can summon again even if the summoned zombies have not been defeated. Disco Jetpack Zombies are the same as Jetpack Zombies, other than their appearances. Using the newly acquired E.M.Peach will greatly help the player in this and in future levels of this world, as it stuns robotic zombies such as the Robo-Cone Zombie and Disco-tron 3000. The player should still be aware of other zombies such as the Shield Zombie which are still threats in this level.

Using sun-producing plants and Magnifying Grasses to finish the level 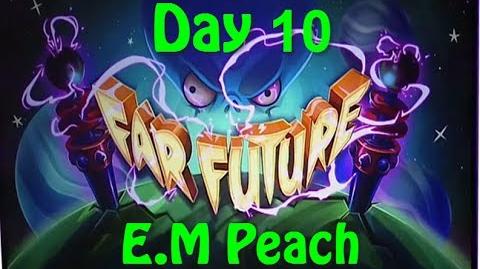 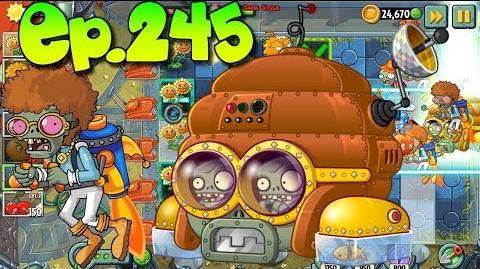 Retrieved from "https://plantsvszombies.fandom.com/wiki/Far_Future_-_Day_10?oldid=2362538"
Community content is available under CC-BY-SA unless otherwise noted.