A money bag
Far Future - Day 1 is the first level of Far Future in Plants vs. Zombies 2. As it is the first level (and the player has just encountered them), the player will get a tutorial about Power Tiles, the main environment modifier in this world. The new Basic Zombie variants and a new zombie called the Jetpack Zombie are introduced here. When this level is finished for the first time, the player unlocks the Laser Bean.

(Crazy Dave appears)
Crazy Dave: The Future! Weird, I thought I would be hungrier.
Crazy Dave: After all I haven't eaten in 4000 years!
(Penny appears)
Penny: ...
Crazy Dave: Hey, what happened to the lawn? It's so glowly!
Penny: I'm detecting an array of Power Tiles on the space-lawn.
(Crazy Dave and Penny leave)

(if the Peashooter gets eaten)
Crazy Dave: Whoa, better try that one again!

The demo Peashooter is eaten

The first part of the dialogue in this level

By Satirelol200. Tall-nut is optional. 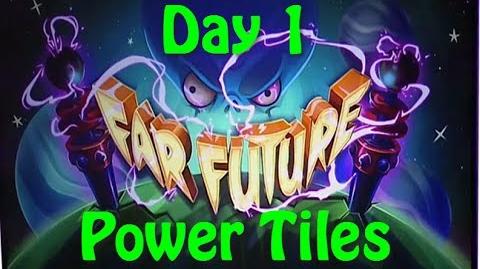 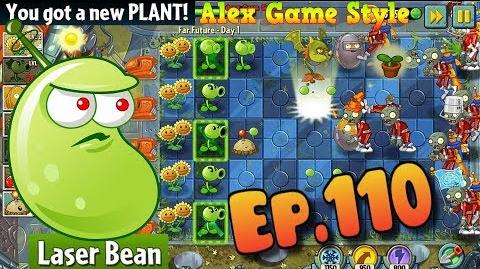 Retrieved from "https://plantsvszombies.fandom.com/wiki/Far_Future_-_Day_1?oldid=2276225"
Community content is available under CC-BY-SA unless otherwise noted.