Not to be confused with Vanilla, or a similiar-looking plant, Shadow Vanilla.

Can blow away the umbrella of the Gentleman Zombie

(Can blow away his umbrella while flying)

(Makes him drop his flying rig)

He has always wanted to be a hairdresser, but he can only blow a variety of shapes.

Fanilla ( 吹风荚兰; pinyin: chuīfēng jiálán) is a plant from Steam Ages in the Chinese version of Plants vs. Zombies 2. He attacks all zombies in his lane with a wind that deals 40 damage per shot. After attacking several times, Fanilla will release a small tornado that will stop at the first zombie it encounters, stunning any zombie in its area and dealing damage over time for a few seconds before disappearing.

He is based on the vanilla orchid, likely the flat-leaved vanilla (Vanilla planifolia).

His name is a portmanteau of "fan", referencing his wind based abilities, and "vanilla."

Fanilla creates a tornado that moves diagonally to the front, changing directions when colliding with the top or bottom lanes. He can blow up to five zombies in his way, regardless of health or level. However it will be instantly destroyed when hitting a Gargantuar, mechanical zombie or boss, instead dealing heavy damage.

When costumed, Fanilla makes a cold tornado that chills Gargantuars and mechanical enemies.

The main purpose of Fanilla is to counter flying Gentleman Zombie. However, he's outclassed by Blover due to faster recharge and lower sun cost. This plant needs upgrading for better firepower. Fanilla has a slow rate of fire and low damage but he can attack through multiple enemies and also he's cheap, so it's useful against Chicken Wrangler Zombie and Weasel Hoarder. Due to his slow recharge it is recommended to use Imitater. Small tornado that Fanilla summons every fifth attack should be used like Monkeyfruit's or Passionflower's attack which also stops zombies. 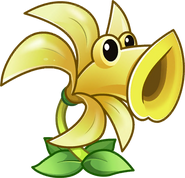 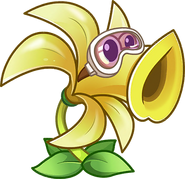 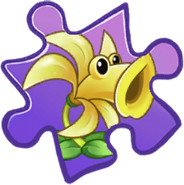 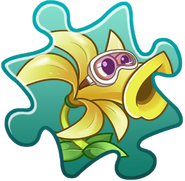 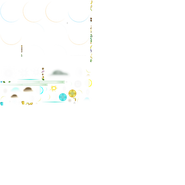 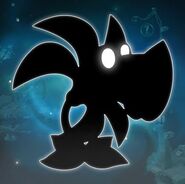 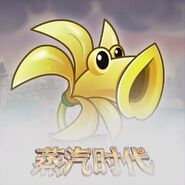 Fanilla on a Gold Tile 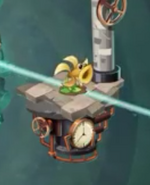 Fanilla on the map
Add a photo to this gallery

Fanilla Sprites
Add a photo to this gallery

Retrieved from "https://plantsvszombies.fandom.com/wiki/Fanilla?oldid=2371851"
Community content is available under CC-BY-SA unless otherwise noted.