to play, and its ability Conjures three non-superpower zombie cards, including token and event cards.

In the boss battle of the missions A Schooling at Zombie U and A Fun-Dead Education, all of Professor Brainstorm's superpowers are replaced with Eureka.

In the mini-boss battle and boss battle of the mission Brains in Danger!, Professor Brainstorm's deck contains 40 copies of Eureka.

Eureka originates from the Ancient Greek word εὕρηκα heúrēka, meaning "I have found (it)."

Eureka may seem like a great superpower due to the huge card advantage it provides. However, it is actually very unreliable and it is pretty much impossible to use it reliably due to its unpredictable nature.

As of strategies on how to make it better, there really aren't a whole lot of cards that can improve its usefulness, but since the superpower does not take up any deck space, it won't really hinder your gameplan. You could run a Dino-Roar deck to get 3 instant activations when playing it, but that's as far as it goes for strategies, as Eureka is limited to only Professor Brainstorm, you cannot use stuff like Zombology Teacher or Doctor Spacetime to get extra value from it, unless you Conjure it from other cards with

While there isn't really a counter to Eureka, there usually isn't a whole lot to worry about since it will most likely Conjure cards the player will not find useful for their strategy. If for some reason you want the opponent not to play this, then you can run cheap anti-trick cards not only to prevent Eureka from being played, but to also make it harder for the Zombie Hero to play any other tricks. 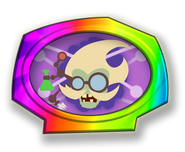 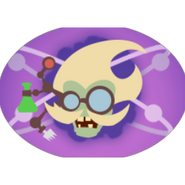 Eureka being the featured card in the menu for the June 18th, 2017 Daily Challenge

Brain Freeze playing Eureka due to a bug

Eureka being played before update 1.26.3