Not to be confused with Reinforce-mint, another Power Mint with a similar name.

Enforce-mints shrink a number of zombies when planted and provide a temporary boost to all Enforce-mint Family plants on the lawn.

and its variants to oblivion

Spending 100 mints
Enforce-mint shrinks zombies, which may seem a bit off-brand for a guy who's all about melee damage. Enforce-mint shrugs. "I don't set policy," he says.

Enforce-mint is a Power Mint plant in Plants vs. Zombies 2. When planted, he will shrink and immobilize ten random zombies on the lawn making them weaker, similar to Shrinking Violet. He also give all Enforce-mint Family plants a temporary boost, increasing their stats for the entirety of his duration.

Like other Power Mints, he cannot be imitated or affected by other mints. After 8 seconds, Enforce-mint disappears.

Enforce-mint can be obtained with 100 mints in the Store when he's available.

Enforce-mint is based on the "Lamiaceae." (also known as "mint")

His name is a pun on the word "enforcement," meaning "the act of compelling observance of or compliance with a law, rule, or obligation." Enforcement is usually associated with violence, thus Enforce-Mint's muscular appearance and boosting several melee-based plants.

Enforce-mints shrink a number of zombies when planted and provide a temporary boost to all Enforce-mint Family plants on the lawn.

Enforce-mint shrinks zombies, which may seem a bit off-brand for a guy who's all about melee damage. Enforce-mint shrugs. "I don't set policy," he says.

Note that Enforce-mint's recharge is 30 seconds shorter during the Improve-mint event.

Enforce-mint is best used against large groups of dangerous zombies such as Chicken Wrangler Zombies, Weasel Hoarders and especially Gargantuars. When used, all zombies on screen are shrunk to miniature size just like Shrinking Violet's Plant Food ability, including Imps, Zombie Chickens, and Ice Weasels, making Enforce-mint a great plant to use during large waves of zombies.

Enforce-mint works well with certain melee plants such as Wasabi Whip, Celery Stalker, and Parsnip, as they will deal more damage to dangerous zombies, with the capability to clear out hordes of zombies, especially when you level them up.

Enforce-mint's biggest weakness is that plants in his family lack any range, meaning that creating strategies that use Enforce-mint can be difficult.

Like all Power Mints, it is a bad idea to bring Enforce-mint to levels where you cannot lose plants, as he will disappear after a while. 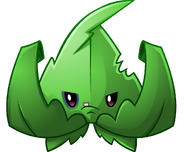 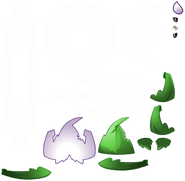 Enforce-mint's seed packets in the store 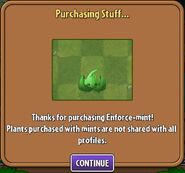 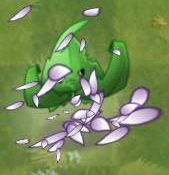 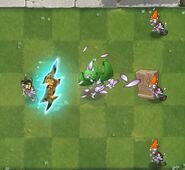 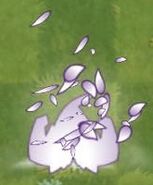 Enforce-mint on a Gold Tile

Enforce-mint ready to level up

Advertisement for Enforce-mint on the Main Menu 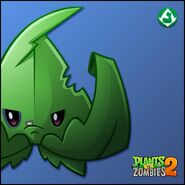 A poster of Enforce-mint shown on Plants vs. Zombie's Twitter 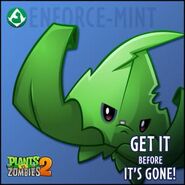 Another poster with Enforce-mint from Plants vs. Zombies' Twitter

Retrieved from "https://plantsvszombies.fandom.com/wiki/Enforce-mint?oldid=2211708"
Community content is available under CC-BY-SA unless otherwise noted.