For more information about the character that this line is based on, see Laser Bean.

Deals damage to all enemies in its lane

Brave plant line in Plants vs. Zombies: All Stars. It was added in the v1.0.88 update, being released alongside Far Future, Peach line, and Citron line. 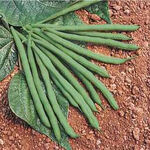 All members of the Energy Bean line are based on a bean, a common name for large seeds of several genera of the flowering plant family Fabaceae.

Energy Bean is Plant Food in the Chinese-exlusive Plants vs. Zombies games. Here it is a pun on Plant Food and bean.

Laser Bean is based on the plant with the same name and appearance from Plants vs. Zombies 2.

Super Bean's name and some of the design are inspired by the famous comic book superhero Superman. 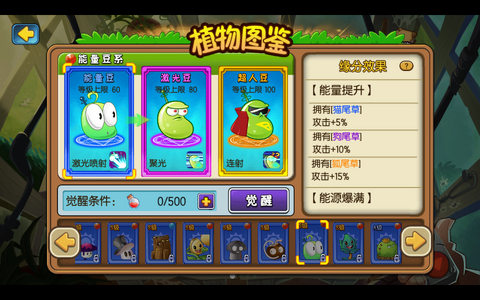 After unlocking the Energy Bean line, additional puzzle pieces can be used to upgrade it, which increases its stats and ability LVs.

Energy Bean line stats will be increased if these specific plants are unlocked. 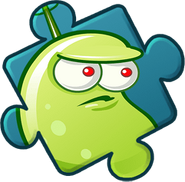 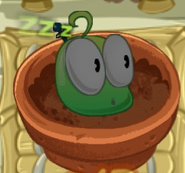 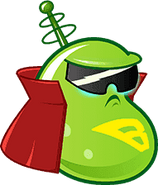 Super Bean in the tittle screen 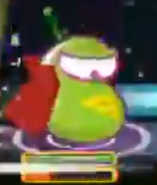 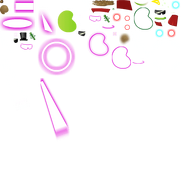