For the plants in Plants vs. Zombies 2 that the line is based on, see Lightning Reed and Magnifying Grass.

Deals damage to all enemies in a cross-shaped area

The Electric Grass line (电草系; pinyin: diàn cǎo xì) was a Class A

Brave plant line in Plants vs. Zombies: All Stars which was introduced in the 1.0.45 update.

The first two tiers were based on Lightning Reed and Magnifying Grass from Plants vs. Zombies 2 respectively.

The third tier, Thunder God Grass, was a visual combination of its two previous evolutions. 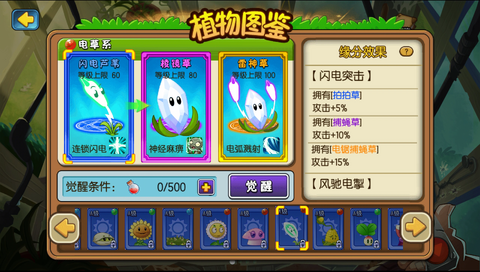 After unlocking the Electric Grass line, additional puzzle pieces could be used to upgrade it, which increased its stats and ability LVs.

Electric Grass line stats will be increased if these specific plants were unlocked. 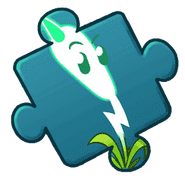 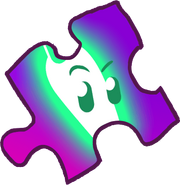 Lightning Reed's Discharge!
Add a photo to this gallery 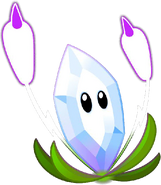 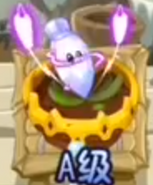 Fainted Thunder God Grass
Add a photo to this gallery

Retrieved from "https://plantsvszombies.fandom.com/wiki/Electric_Grass_line?oldid=2301466"
Community content is available under CC-BY-SA unless otherwise noted.