An imp pretending to be a little dinosaur, though it is stronger than normal imps, but the real threat is the egg that it pushes.

(seeds prevent it from pushing egg)

Egg Pusher Imp successfully avoided the dinosaurs' onslaught and also stole the dinosaur's egg, but forgot the fatal problem of being too short and not being able to see what is in front of you.

Egg Pusher Imp (推蛋小鬼）is a zombie encountered in Jurassic Marsh in the Chinese version of Plants vs. Zombies 2. He wears a blue dinosaur costume that looks similar to the Raptor. It is quite tougher than most Imps and pushes an egg in similar manner as Troglobite, Arcade Zombie, and Zombie Medusa which crushes all plants that make contact with the egg. When the egg is destroyed, it releases a baby dinosaur that calls in an adult version of it and maybe with other effects. Alternatively, an Eggshell Imp is summoned instead. Egg Pusher Imp also immune to freezing effects and can only be chilled.

He alone is not hard to deal with, but in later levels he will come in groups. Also, big groups of zombies appearing occasionally can cause the player to lose focus on this zombie, especially when tons of zombies are protecting it. The egg, once entered deep into your defenses, can cause your whole defenses to break down once destroyed. Note that the egg also slowly damages itself.

First, try to prevent it from pushing its egg close to your house by using slowing plants like Stallia. Next, kill the Imp as fast as possible. You can try using area-of-effect plants to kill the imp quickly so that the egg will not be pushed further into your lawn, or instant-use plants such as Cherry Bomb or Dinonip to kill the Imp and deal huge damage to the egg. If the Imp starts to push the egg too close into your defenses, you may want to separate it from the egg by using cheap plants such as Thorns to prevent it for a few seconds or use Garlic for it to switch lanes, separate it permanently. Once the Imp is killed or separated, counter the egg with a Dinonip. You can also use Shrinking Violet to stop it from pushing the egg further into your defenses, much like Barrel Roller Zombie, Troglobite, and Arcade Zombie but take note that for some reason, Egg Pusher Imp will not be instantly killed.

For the eggs themselves, be careful when they hatch. The baby pterodactyl can cause some plants to die if they are not defensive, so remember to dig plants that are about to die for some sun back. Next, if a baby brontosaurus appears, be ready to use Thorns if it is deep in defenses. Lastly, and perhaps the most dangerous one, the orange egg will cause a dinosaur stampede, which can easily ruin any lawn if not treated. The only counter is Dinonip, but even then, it is a hard plant to obtain, so in this case, the dinosaur stampede is unavoidable if Dinonip is not available. 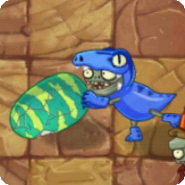 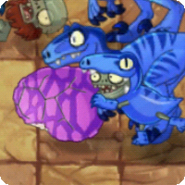 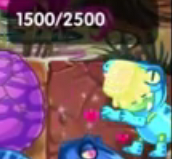 Egg Pusher Imp icon along with other zombies 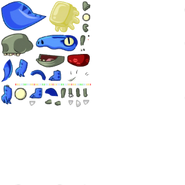 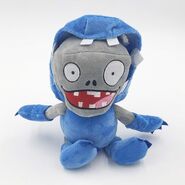 Egg Pusher Imp Plush
Add a photo to this gallery

Retrieved from "https://plantsvszombies.fandom.com/wiki/Egg_Pusher_Imp?oldid=2370756"
Community content is available under CC-BY-SA unless otherwise noted.