After defeating a zombie, releases a special attack.

After killing a zombie, shoots a stronger projectile that knocks the zombie it hits back.

In a mysterious western town, Dual Pistol Pinecone is a sharpshooter cowboy, fighting all sorts of zombie bullies that invade his town, zombies tremble as soon as his name is mentioned. He almost became the town sheriff, but he turned it down, because he feels that sheriffs think that they're too good to go to the bar and drink.

Dual Pistol Pinecone (双枪松果) is a plant in Chinese version of Plants vs. Zombies 2, introduced in 2.3.4 update as a replacement for Rotten Red.

He shoots nuts at zombies in a straight line. After killing a zombie, he shoots a projectile that knocks the next zombie back.

He is based on the conifer cone, also known as the pinecone. The first half of his name references the fact that he attacks with both arm pistols.

He fires six fireballs at the closest zombie in the lawn. If they kill the zombie, they will then home to next zombie.

With 60 damage per shot and an occasional knockback projectile, Dual Pistol Pinecone's abilities may sound good at first, but it is severely outclassed by many plants who can do its job better. 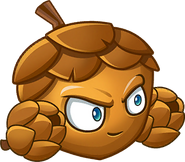 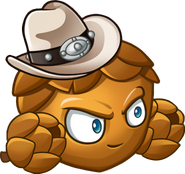 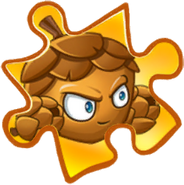 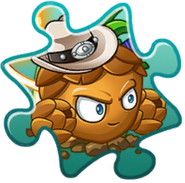 Retrieved from "https://plantsvszombies.fandom.com/wiki/Dual_Pistol_Pinecone?oldid=2372647"
Community content is available under CC-BY-SA unless otherwise noted.