After drinking, enters into savage state.

The bad news is that Drinking Zombie learned kongfu while being drunk before he died! The good news is that, after becoming a zombie, his method was almost forgotten.

Drinking Zombie (喝酒僵尸; pinyin: hējiǔ jiāngshī) is a zombie in the Chinese version of Plants vs. Zombies 2. His ability is to become faster after he drinks, and getting big muscles after absorbing 300 damage per shot. He also has a monk variant, Drinking Monk Zombie.

You should dispose of this zombie as soon as you can. Once he consumes his drink, he becomes stronger, eats faster, and moves faster. This can make him considerably dangerous. A Snow Pea can slow him down in this state. You may want to use a Squash to kill him instantly, but he will drink his beverage first before dying. A group of Winter Melons are very efficient in dealing with them. Tall-nuts can block his damage. Just plant them adjacent to him, so that he does not deal much damage to your plants, but keep them away from Suicide Bomber Zombies, Torch Kongfu Zombies, and Qigong Zombies, as they can topple down the Tall-nuts with one hit (in the case of the Qigong Zombie, there must be a barrier to pull the plant away from the lawn). You should deal with these three zombies first. 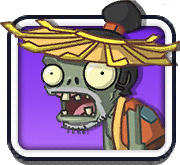 Eating before getting muscular

Drinking Zombie without its arm 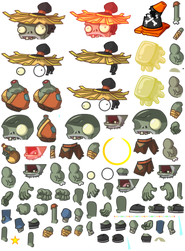 Drinking Zombie ate your brains
Add a photo to this gallery

Retrieved from "https://plantsvszombies.fandom.com/wiki/Drinking_Zombie?oldid=2295808"
Community content is available under CC-BY-SA unless otherwise noted.