For the other variant, see Drinking Zombie.

After drinking, enters into savage state.

He had a penalty from the precepts, and now he finally doesn't have to worry about this problem.

Drinking Monk Zombie (喝酒武僧僵尸; pinyin: hējiǔ wǔsēng jiāngshĪ) is a zombie and the monk variant of Drinking Zombie in the Chinese version of Plants vs. Zombies 2. He works exactly the same as a Drinking Zombie, but seems to be more aggressive and stronger than the Drinking Zombie by his movements, and has the ability to swing his gourd to damage plants.

Since drinking will give him a speed boost, use plants that deal enough damage to take him out before he drinks. Winter Melon and Coconut Cannon are very useful against him.

Spikeweed and Spikerock are useful against this zombie, as they cannot be attacked by his gourd. Avoid using certain close-range plants such as Puff-shroom to attack him, as they will be vulnerable to the gourd's damage by the time they can attack the zombie.

Almanac icon (note the bone sticking out of his arm) 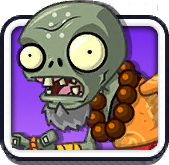 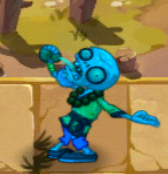 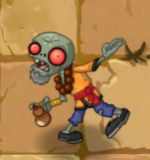 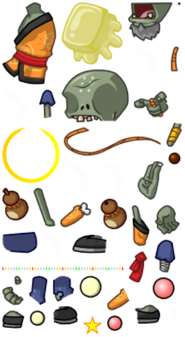 A hypnotized Drinking Monk Zombie
Add a photo to this gallery

Retrieved from "https://plantsvszombies.fandom.com/wiki/Drinking_Monk_Zombie?oldid=2289144"
Community content is available under CC-BY-SA unless otherwise noted.