For more information about the character that this line is based on, see Snapdragon.

Breathes fire in a 1x3 area

Collecting 90 stars in Journey to the West or
Collecting 30 Lizard Grass Puzzle Pieces.

The Dragon line (火龙系; pinyin: huǒlóng xì) is a Brave Class S plant line in Plants vs. Zombies: All Stars.

Most of the members of the Dragon line are based on dragons, mythical creatures with reptilian and sometimes, avian traits, that are also characterized as being able to breathe fire.

The first tier, Lizard Grass, is based on a lizard, a widespread group of squamate reptiles, but more specifically a chameleon, due to the appearance of its head and its curled up tail. Its name may also be a reference to the Asian grass lizard.

The second tier, Snapdragon, is based on the plant with the same name and appearance from Plants vs. Zombies 2. 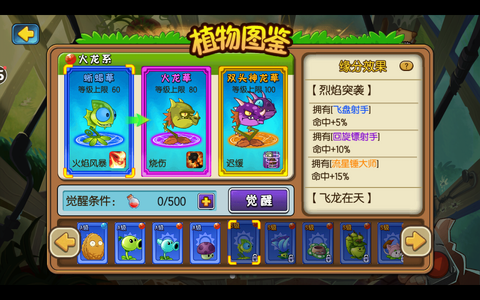 Dragon line is given as a reward for collecting 90 stars in Journey to the West. Additional puzzle pieces can be obtained through replaying Ancient Egypt - Day 13 or Kongfu World - Day 23 or by using Soulmates Puzzle system.

After unlocking the Dragon line, additional puzzle pieces can be used to upgrade it, which increases its stats and ability LVs.

Dragon line stats will be increased if these specific plants are unlocked. 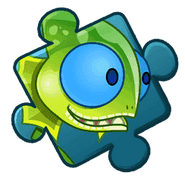 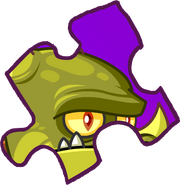 HD Lizard Grass in its costume 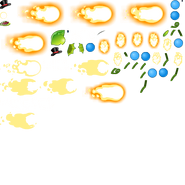 Lizard Grass' sprites and textures
Add a photo to this gallery 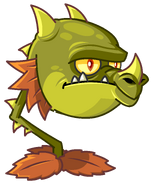 Twin-Headed Snapdragon attacking with a fireball

Twin-Headed Snapdragon's Firestorm
Add a photo to this gallery

Magical Dragon Grass (神龙草; pinyin: shén lóng cǎo) was a plant in Plants vs. Zombies: All Stars. It no longer exists in the game as it was replaced by Twin-Headed Snapdragon.

Magical Dragon Spray: Rushes to the first enemy in its lane and sprays fire in a 3x3 area. It needs Brave Plant Food to activate.

HD Magical Dragon Grass
Add a photo to this gallery
Retrieved from "https://plantsvszombies.fandom.com/wiki/Dragon_line?oldid=2275904"
Community content is available under CC-BY-SA unless otherwise noted.