Dollarweed Drummers can provide a variety of buffs to plants, with max buffs given to Orchestra Plants.

After returning backstage, ridiculed, he cried himself to sleep that night. And when he woke up the next morning, you know what he did? Practiced, practiced and practiced. With one goal in his heart to never be laughed at by anyone ever again. Seven years later, he returned to the anniversary and performed the most beautiful drum solo anyone had ever heard.

Dollarweed Drummer is based on the manyflower marshpennywort (Hydrocotyle umbellata), also known as the dollarweed, a semi-aquatic perennial weed in the genus Hydrocotyle that thrives in wet, sandy habitat.

His ability as a drummer is based on how the leaves of the dollarweed resemble drum cymbals.

This plant can be used in Neon Mixtape Tour to boosts your MC Glories and Sunflower Singers to produce more suns.

However, he is outclassed by Sunflower Singer who has the same ability and who costs 25 less sun 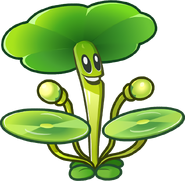 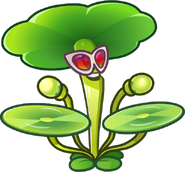 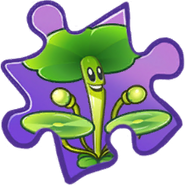 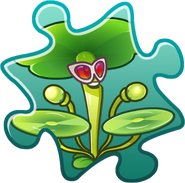 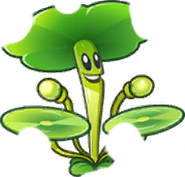 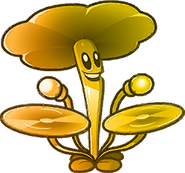