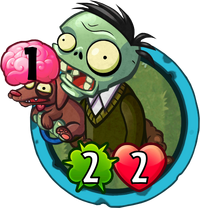 None
Is the Zombie walking the dog, or is the dog walking the Zombie? Hard to say.
For the Plants vs. Zombies 3 version, see Dog Walker (PvZ3).

Dog Walker is a premium uncommon zombie card in Plants vs. Zombies Heroes and a member of the

. He has the Hunt trait and does not have any abilities. His closest plant counterpart is Corn Dog.

He is based on the scrapped Dog Walker Zombie from Plants vs. Zombies.

His description could possibly be a reference to Garth Nix's quote "Does the walker choose the path or the path choose the walker?" in the fantasy novel Sabriel.

As a 1-cost zombie with above average stats, Dog Walker is a good starting zombie, but not for attacking your opponent. Instead, Dog Walker shines at preventing your opponent from playing cheap setup plants like Sunflower, Poison Mushroom, Pea Pod, or even Haunted Pumpking since he'll just move there and neutralize the plant, leaving your opponent either helpless or with a tempo loss. Giving him stat boosts or the

Deadly trait helps him destroy tougher plants, while giving him the

Frenzy trait lets him hurt your opponent if he can destroy the plant fronting him. However, you will have to be aware of instant-kills and Bouncing in this case.

Dog Walker's Hunt trait, however, can be easily exploited once your opponent generates enough sun to play multiple plants, especially if they have good or reliable card draw. Dog Walker cannot be expected to survive long either, since he will always be fronted by a plant unless none are played that turn.

Being a pet zombie, Dog Walker can also be used as a cheap way to activate Zookeeper's and Cat Lady's ability, making him also suitable for pet decks.

Dog Walker can be hard to counter due to his Hunt trait, especially if you have plants that either need to survive like Party Thyme, or those with

Anti-Hero (especially Poison Mushroom and Poison Ivy). However, he is also very easy to destroy because of that; any plant that does 2 damage like Potato Mine is enough, as Dog Walker will move there and be destroyed. You can throw him off or protect your plants by playing Puff-Shroom or Lil' Buddy either in a diffrent lane, or in front of your important plants, but those cards are only usable by Kabloom heros (Puff-shroom) and Solar heros (Lil' Buddy).

Later on, be careful of the order you play cards in when Dog Walker is on the field, as you may want certain plants to survive or attack your opponent directly, and others to combat Dog Walker. 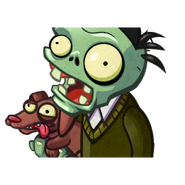 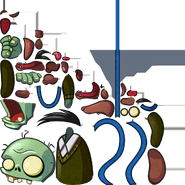 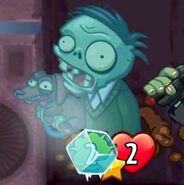 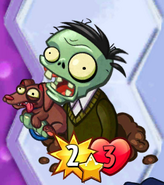 Dog Walker with the 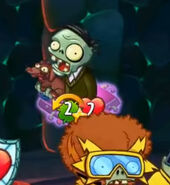 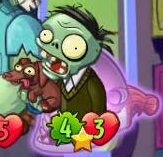 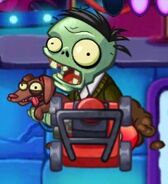 Lawnmower being played on Dog Walker

Devour being played on Dog Walker 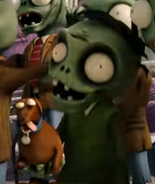 Dog Walker in the trailer