Fusion: A Zombie played on this gets

Overshoot 3.
The Triassic Invasion brought the very best of Zombie culture: Disco.
Disco Dance Floor is a triassic rare zombie card in Plants vs. Zombies Heroes and a member of the

Overshoot 3 trait, and its Fusion ability gives the zombie played on it the

It is based on the object in real life with a similar name.

Disco Dance can be treated like a fighter version of Moon Base Z that can be played and attack starting from turn 2. Just like said environment, it is a good card fit for any zombie, simply because how good

Overshoot 3 is. However, since it only benefits one zombie you'll have to get the most value out of it.

Disco Dance Floor is especially good with zombies whose ability activates by doing damage to your opponent like Cheese Cutter, Raiding Raptor, and Imp Commander. You might also want to boost their health so that they can survive longer, but the

Crazy class lacks health-boosting cards, so that option is out unless you are playing as Electric Boogaloo or Z-Mech.

Bullseye zombies (including Headhunter), since their

Overshoot attack will not charge your opponent's Super-Block Meter. Disco Dance Floor itself can also gain

Each Crazy hero can use this to their advantage.

But one of Disco Dance Floor's downsides is that unlike Moon Base Z, it affects only one zombie, and none with the Gravestone trait. Also, while it can attack and chip off the plant hero, it has to survive an attack from a plant to activate its ability if you play it in the early game, and because it can't attack plant fighters initially, it can't make an exchange even if gets destroyed. You could play it in the late game, but you will miss out on some turns you could've attacked your opponent for more damage.

Disco Dance Floor is basically a 3

fighter, albeit it can only hit you no matter what. While that is threatening to you, you can use the fact that it can't hurt your plants, and play a glass cannon like Bonk Choy without any risk of it being destroyed. If not, Berry Blast is fine too; this is especially recommended if you have Hot Date, Primal Potato Mine, or Hibernating Beary on the field, as that lane will be a perfect spot for your opponent to set up with this.

But if Disco Dance Floor is played later on in the game, or if you don't have something that can destroy it at once in the early game, you will have a zombie with

Overshoot 3 to worry about. Any strategy about dealing with said zombie depends on what zombie it is, so play accordingly. 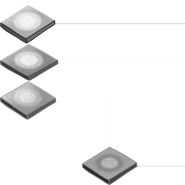 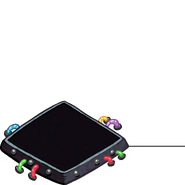 Disco Dance Floor in Hunting Grounds, note that its 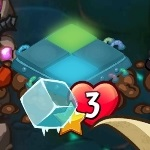 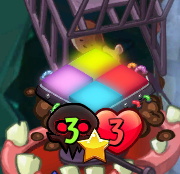 Disco Dance Floor with the

Disco Dance Floor with the

Berry Blast about to be played on Disco Dance Floor