Eats nearby zombies and spits out awfully-tasting eggs.

Since young, Dinonip has had a loud voice, so when he entered senior high, he joined the choir. But after a short while, he quit because of "various reasons". "I still feel he's better doing a solo," MC commented, "After all, for a choir, the 'safe range' he needs is a bit too large..."

Dinonip (龙吼草; pinyin: lóng hǒu cǎo) is a plant from the Chinese version of Plants vs. Zombies 2. He was added in the 2.0 update. He is obtainable through collecting enough Puzzle Pieces from the Endless Zone medals. He eats zombies, similar to Chomper. However, unlike Chomper, he can defend himself by firing a weak, short-ranged goo while chewing, has higher health, and spits out the eggs he swallows.

Dinonip's name is a pun of "dinosaur", the group of prehistoric animals he resembles and affects; and "nip", referring his ability to eat zombies.

His ability to fire goo is a node to a digestive liquid in real-life pitcher plants.

When given Plant Food, Dinonip will roar to counter the dinosaur stampede in Jurassic Marsh, and will eat 4 zombies in a 3x3 area.

His roar can now push back zombies in a very short distance and stun them for a short period of time.

In general, he is a worse option than Chomper as he has a slow seed packet recharge, meaning it is impossible to simply dig a Dinonip who is eating a zombie and then replace another one quickly, which can be done by Chomper.

He is however, extremely important in Jurassic Marsh due to his Plant Food being the only way to prevent dinosaur stampedes from T.Rex eggs destroying a lot of plants.

One of his most important abilities is to eat eggs. Even at level 1, a single Dinonip will instantly destroy an egg. If you do not have enough Puzzle Pieces to upgrade him into level 2 or above, it is not recommended to use him in Hard Mode outside Jurassic Marsh, because he cannot eat a level 2 or above zombies instantly, unlike Toadstool. 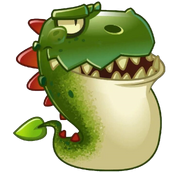 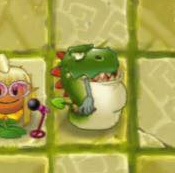 Dinonip firing its projectile while chewing a zombie 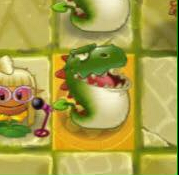 Dinonip on a Gold Tile

Dinonip pulling zombies towards its mouth 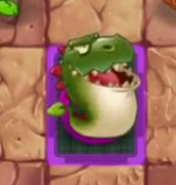 Dinonip on a Power Tile

Trying to swallow an egg

Continue trying to swallow the egg

A Dinonip spitting out a brontosaurus egg 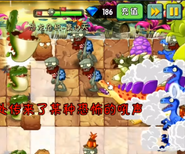 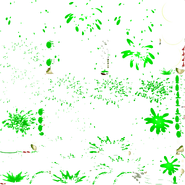 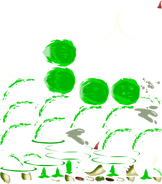 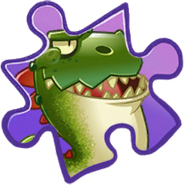 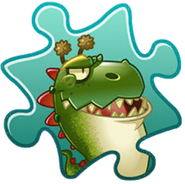 Retrieved from "https://plantsvszombies.fandom.com/wiki/Dinonip?oldid=2370919"
Community content is available under CC-BY-SA unless otherwise noted.