Destroy a Zombie with the lowest Health.
Chompzilla enjoys eating Zombies whole. She does not enjoy the indigestion that follows.
Devour is Chompzilla's premium legendary plant signature superpower trick card in Plants vs. Zombies Heroes and a member of the

Its animation might be a reference to Alien, as both the alien and Chompzilla descend upon their prey and take a bite out of them.

Chompzilla enjoys eating Zombies whole. She does not enjoy the indigestion that follows.

In the early turns, this trick is useful at destroying glass cannons like Mini-Ninja or Tennis Champ without sacrificing a plant. And in the late game, it gains much more potential since you can destroy even Gargantuars at a very cheap cost, provided they have the lowest health.

However, this trick has trouble destroying threats with high health like Flag Zombie and Jester if there are other zombies with lower health on the field. If there are powerful zombies and weak zombies on the field at the same time, try getting rid of the weak zombies first so you can easily destroy the powerful zombie. Instant-kill tricks help, so in this scenario, use those first if you only have 6 sun or less.

The best way to counter this trick is to make sure there is always another zombie with lower health on the field to prevent the key zombie from becoming the target. If the health of a powerful zombie gets very low, heal it with Medic or any health-boosting trick so it gets out of range of being destroyed by Devour.

The single player AI will almost always use this instantly, so it can give you an advantage if you bait the AI with a weak zombie. 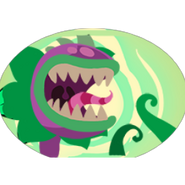