Survive the zombie attack with the given plants
Dark Ages - Night 8 is the eighth level of Dark Ages in Plants vs. Zombies 2. It is a Locked and Loaded level. When this level is finished for the first time, the player gets a Dark Ages Piñata.

The player is given a decent selection of plants to defeat the zombie horde. Sun-shroom will work great to produce sun, as well as using Sun Bean and Grave Buster (on tombstones with sun in them). Fume-shroom and Hypno-shroom are the only offensive plants given. These can be difficult to work with, but the player should get at least two columns of Fume-shroom, along with a column of Wall-nuts. The key to winning is using Hypno-shroom strategically, namely on Knight Zombies and Buckethead Peasants. Other than that, the player should use Grave Buster well to avoid dangerous Necromancy attacks. 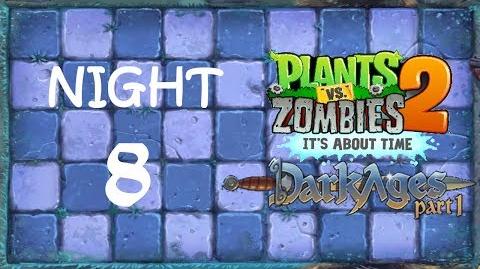 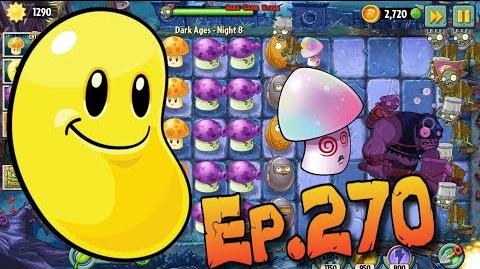 Retrieved from "https://plantsvszombies.fandom.com/wiki/Dark_Ages_-_Night_8?oldid=2262279"
Community content is available under CC-BY-SA unless otherwise noted.