None (at the start)

Same as before
Dark Ages - Night 7 is the seventh level of Dark Ages in Plants vs. Zombies 2. The Knight Zombie is introduced here. After completing this level, the player receives a money bag.

The Jester Zombie is absent from this level, but instead is replaced with the newest zombie, the Knight Zombie. This zombie has a tremendous amount of defense, similar to the Robo-Cone Zombie. The player will not have any good counters against this zombie other than instant use plants like Cherry Bomb. However, the player can use Knight Zombie's health to an advantage with the Sun Bean. The player will be given lots of sun if the Knight Zombie eats Sun Bean, so keep that in mind. There are still Necromancy ambushes, but they will not start appearing until later in the level. 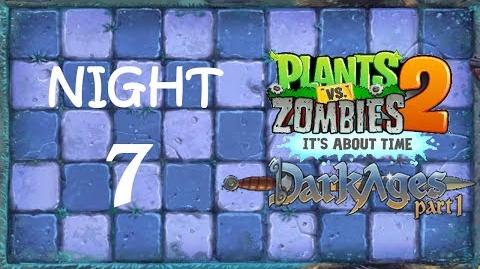 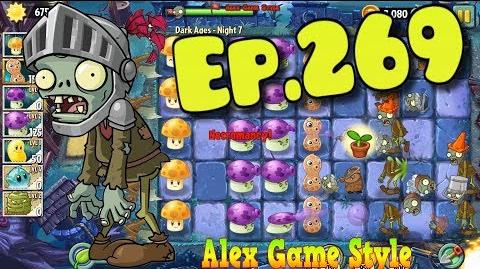 Retrieved from "https://plantsvszombies.fandom.com/wiki/Dark_Ages_-_Night_7?oldid=2297779"
Community content is available under CC-BY-SA unless otherwise noted.